Martial Arts, Chinese Herbal Medicine, and the Embodiment of Femininity: The Ancient Chinese Civilization and Its Modern Impact

This course focuses on the ancient origins of the Chinese intellectual traditions, not in a way that explains how they inform the philosophical discourses, but how they ground Chinese cultural assumptions and condition the way the Chinese live their everyday lives. It is these prevailing cultural assumptions that underlie various cultural practices over the past 3000 years up until modern day: traditional Chinese medicine, acupuncture, martial arts (Tai Chi and Qi Gong), Feng Shui, visual arts such as calligraphy and painting, and a more modern form of performing art: film. The ancient cultural origin is also a feminine source, paralleling the pre-historical Chinese matriarchal society and the Yin force in the Yin/Yang cosmic model.

In this course, students will first study the Yin/Yang cosmic forces embedded in I Ching, or The Book of Changes, presumably the oldest of the Chinese classics, which has significantly influenced and shaped the Chinese way of thinking. Students will learn the ancient Shang/Zhou cultures (1600 – 700 BC) and compare them with other ancient civilizations in the world: Babylonian, Egyptian, and Greek.  Secondly, Students will study how the ancient “Chinese mind” or “Chineseness” over the past three millennia as a kind of Jungian collective unconsciousness casts impact on billions of modern Chinese in their personal conduct, social maneuvers, and nutritional care. Lectures and movies will be offered to explain how ancient legacies are ingrained into the mindset of modern-day Chinese instantiated in the forms of acupuncture, Chinese herbal medicine, Feng Shui, martial art, art, and social networks.  In-class demonstrations will be provided by invited experts in acupuncture, martial arts, and traditional Chinese medicine.  Selected movies will be shown to complement and enhance such study. 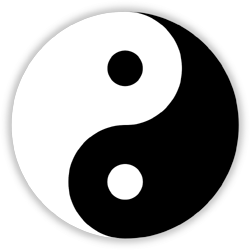