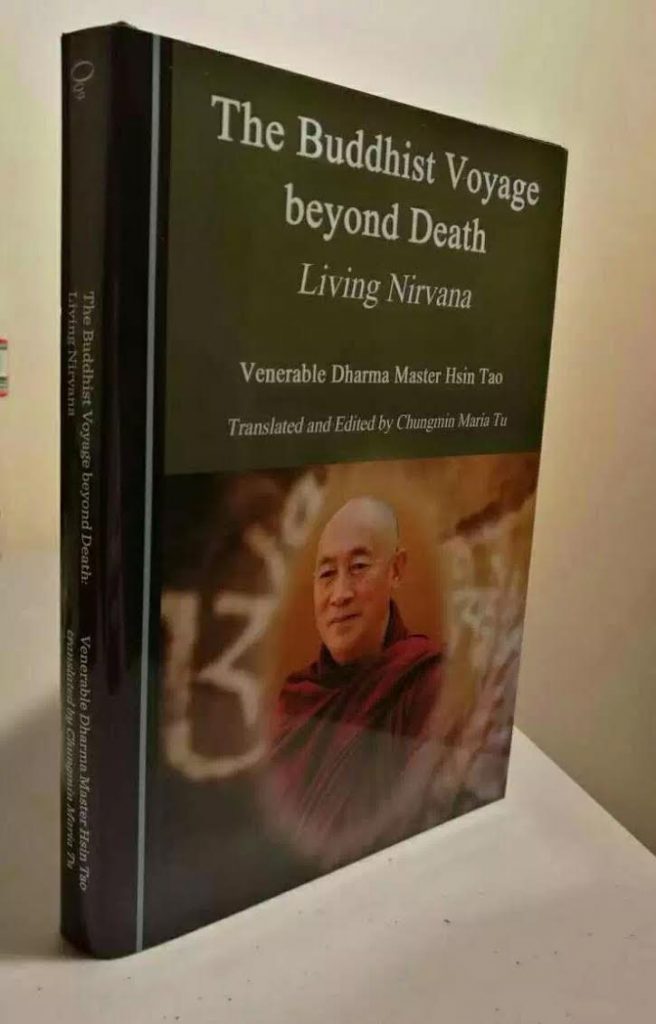 Dr. Chungmin Maria Tu, editor and translator. The Buddhist Voyage Beyond Death: Living Nirvana (UK, Cambridge Scholars Publishing, 2016).  Author: Venerable Dharma Master Hsin Tao. The Buddhist Voyage Beyond Death comprehensively but concisely recapitulates the Three Turnings of the Dharma-Wheel—the central teachings of Buddha, of the Mahayana and of the Vajrayana—and in particular of the Mind-only tradition in relation to Buddhist cosmology, karma, and transmigration. With a Foreword by Robert Magliola, specialist in comparative religion (Buddhism/Deconstruction and Buddhism/Christianity, author of Derrida on the Mend, On Deconstructing Life-Worlds: Buddhism, Christianity, Culture, and Facing Up to Real Doctrinal Difference), the book incorporates a modern scientific sensibility focusing on memory, time and space, matter and energy—using metaphors drawn from science and technology to illustrate spiritual concepts—and it provides an answer to those grappling with their life difficulties amid negative emotions of fear, anxiety, anger, and insecurity.

This entry was posted in Books Published, Polyglot and tagged Chinese, Fall 2017 Polyglot.