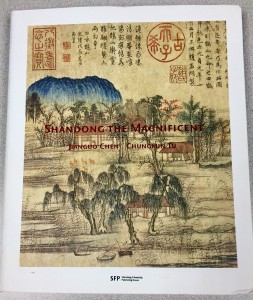 Dr. Jianguo Chen and Dr. Maria Tu, Shandong the Magnificent (Shandong Province: Shandong Friendship Press, 2015). People may not know about China, but many have heard the name of Confucius, the greatest Chinese philosopher and educator.  Shandong the Magnificent is about the rich cultural and philosophical tradition of the province of Shandong, which is the birthplace of Chinese civilization. It also is the location of the hometown of Confucius, Qufu, which has become a kind of “Mecca” for Chinese specialists, Chinese studies scholars, and study abroad students. It is among the most visited places in China. This book was written with students in mind and can be used as a resource book for study abroad programs in China. It focuses on the cultural traditions of Shandong, Confucius and his major ideas, as well as some of his most important successors and disciples.

This entry was posted in Books Published, Polyglot and tagged Chinese, Fall 2016 Polyglot.