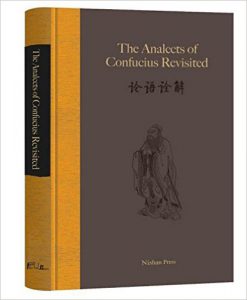 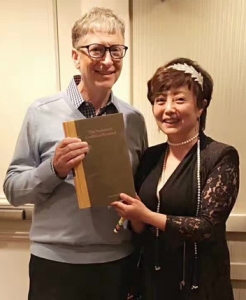 Drs. Jianguo Chen and Chungmin Maria Tu. The Analects of Confucius Revisited (Shandong Province: Shangong Friendship Publishing House China via its international branch-Nishan Press, 2016). The Analects of Confucius, consisting of 20 chapters with a total of more than 15,000 characters, is unique in that it was written exclusively in the form of dialogue. Over the past twenty-five centuries since it came into existence, there has been much scholarship on the study of this book. The enthusiasm over this canonical text has in recent years reached its peak, yielding an unprecedented number of scholarly writings and criticisms. While we are delighted with the reemergence of interest in the book, we also realize the need to clarify misunderstandings about the interpretation of this classic text and to provide a historical context that would enable us to account for some of the inconsistencies in the work. Based on new and important discoveries from the Dingzhou version of the Analects (unearthed in 1973) and the Guodian Chu Bamboo Slips (unearthed in 1993), as well as the Shanghai Museum Bamboo Slips (discovered and collected in 1994), we revisit the Analects, with a new translation and a critical annotation which aims for a careful historical analysis of the original text, in hopes of bringing a whole new level of meaning to the reading public. In the course of our endeavor, we explore syntactic and semantic possibilities of words, phrases, and sentences in the Analects by comparing the Dingzhou version and the received text in order to explain some of the ambiguities and multiplicities apparent in the work. We also seek to parse out enigmas andequivocal statements, which are too often either left unexamined or are misinterpreted in some of the existing interpretive projects.

The objective of this study is three-fold. First, to introduce a real Confucius to English-language readers, particularly young readers who have no previous knowledge of the Confucian tradition that has profoundly shaped Chinese culture. To help these readers better understand this canonical Confucian text, we provide the original Chinese text with a well-informed English translation. Additionally, we also provide analytical commentaries and critical readings, thus presenting Confucius the humanist thinker both in his historical context and in his contemporary relevance all at once. Secondly, by preparing a new translation and critical connotation, we wish to bring Confucius into American classrooms and share with American students the profound wisdom and insights of Confucius with regard not only to philosophy and the art of governance, but to everyday life and happiness that relate to all of us as human beings. Most important, studying Confucianism helps make sense of daily routine activities and may help one to think of ways of dealing with whatever social and moral predicaments we experience in our lives.

This entry was posted in Books Published, Polyglot and tagged Chinese, Fall 2017 Polyglot.