Enzo Le Doze (MAFLP French 2017): It Has Never Been About the Destination 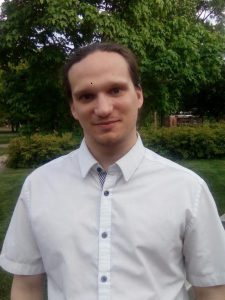 For me, learning a language has never been about passing a class, graduating, or getting a job. I know it will probably sound a bit cheesy, but please allow me: I am French, I know a lot about cheeses… Here it goes: learning a language has always been a journey to me. One that actually started as a silly rivalry between two kids, my cousin and me.

I believe I was probably around eight, so he must have been four years old. He knew how to count in English when I could not. I remember being impressed, as in France it is not something we expect from a four-year-old. It seemed to me like he had access to a whole new world, just by being able to count in this language that was so foreign to me. So, at first, learning a language, English, was about seeing this world as well. And I discovered it was more than a world, it was a whole universe, filled with galaxies, intertwined, dancing, playing. Discovering that English was merely a small planet in one of those many galaxies contained in that infinite universe didn’t seem too discouraging at that time. I embarked on the journey and set foot on a few of those planets: Hindi, Arabic, Swedish, and Chinese. I spent more time on others, such as Japanese and Spanish. And I would say I became a citizen of English, without having a passport from any English-speaking country.

Imagining those planets as an empty space would be a mistake. All of them have a population, part of which have seen other planets as well. I have never been alone on my journey across this universe, nor will I ever be, as there will always be someone on the next planet, ready to share a good conversation between a native speaker and a beginner: “Name my is Enzo, name your is what?,” “Close enough kid, keep it up.” And those welcoming no-longer strangers in a welcoming no-longer strange land soon become neighbors.

Indeed, I have surprised myself by creating a home on every one of those planets. My new domicile has always ended up being very different from any I built before, and not similar in any way to the one I would build thereafter. But what has amazed me most have not been the homes I have created with the help of my new neighbors, nor has it been it my new-found ability to let those neighbors help me. At the same time it has not been my eagerness to leave those homes to find brand new worlds to explore. Instead, what has amazed me most is that as I have been colonizing these places, they have, in a way, colonized me as well. While still being myself, while still being French, I have become more Japanese, more Spanish, more English (both British and American, the Australian one still being a mystery to me).

How did I end up in the US teaching French? I couldn’t say. I guess I turned right after Swedish, then left after Arabic, continued right through Spanish, and ended up here, somehow. So, as you can see, even though I certainly intend to do all three, languages have never been about passing a class, graduating, or getting a job. They have never been only about reading a certain book, playing a certain game, or watching a particular movie. Instead, they have been all about connecting with people, sharing, growing. And doing it all over again every time I have the chance. And well… Learning English has also been the best way for me to avoid spoilers, as I can watch TV shows without delays. Trust me, that is a nice plus. In France, nobody messes with you when you can tell them who dies next on Game of Thrones.