Mothers, Lovers, and Others: The Short Stories of Julio Cortázar 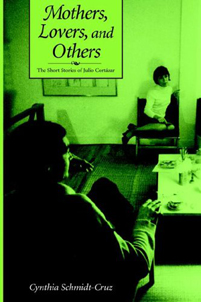 Mothers, Lovers, and Others: The Short Stories of Julio Cortázar

Using feminist revisions of psychoanalytic thought and cultural studies, Mothers, Lovers, and Others examines the pervasive role of the conception of the feminine in the short stories of Argentine writer Julio Cortázar (1914–1984). Contending that his obsession with the mother is the source of Cortázar’s uneasiness with femininity, Cynthia Schmidt-Cruz traces an evolution in his relationship to female space, from a convoluted and defensive posture to a more open and tolerant stance, paralleling his increasing political commitment. Schmidt-Cruz explores the role of gender in Cortázar’s quest to reconcile his divided allegiance to Argentina and France, and his denunciation of the atrocities of the Argentine military dictatorship.

“No one doubts that Cortázar is one of the most important Latin American authors of the twentieth century. This book is extremely important because it is part of the new readings about Cortázar that are finally tearing to shreds the veil shrouding his fiction. The topic addresses questions central to the field of feminist criticism and shows how much can be added to our perception of literature when the tools devised by feminism are judiciously and intelligently deployed. No other book on Cortázar gives a better understanding of his female characters or of his evolving attitude toward them. Written in the wake of feminist and gender studies, this book increases our realization of the crucial role played by gender in areas such as national identity and political discourse.” — René Prieto, author of Body of Writing: Figuring Desire in Spanish American Literature

“Julio Cortázar is one of the most significant writers of the last century. A psychoanalytic approach that appraises the development of his female characters in the light of his personal experience and transformations, without incurring on facile identifications, is extremely central to Cortázar study.” — Hortensia R. Morell, Temple University