Gendered Genres: Female Experiences and Narrative Patterns in the Works of Matilde Serao 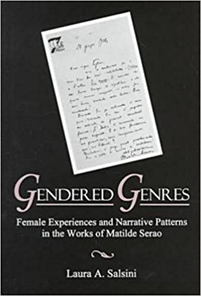 Gendered Genres: Female Experiences and Narrative Patterns in the Works of Matilde Serao

Matilde Serao’s richly detailed narratives created a metamorphical city of women negotiating the social and cultural byways of turn-of-the-century Italy. With each text, Serao (1856-1927) added another stratum to her imaginary metropolis, grounding her works in realistic detail and acute social observation. Over the course of almost thirty novels, more than one hundred short stories, and innumerable newspaper articles, Serao articulated her own vision of female destiny in a society governed by traditional, often restrictive, paradigms of female behavior. This study examines how Serao refashioned traditional genres throughout her long literary career, a narrative strategy that allowed her to focus specifically on the depiction of female experiences.