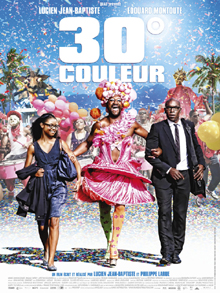 Patrick’s mother sent him to France to study when he was only ten and he became a brilliant student. 30 years later, he is a renowned and proud historian in his home country, the Antilles. Cut off from family and tradition, he fully integrated to the point of forgetting his own roots. He became a black man with a white man’s soul. Hearing that his mother is dying, he quickly flies to Martinique, with his only daughter, to land right in time for the carnival. For three days, flanked by his childhood friend Zamba, he is going to be swept away in a whirlwind of madness, emotion, humor and zany situations. These three days will change his life forever.