A Grin Without A Cat 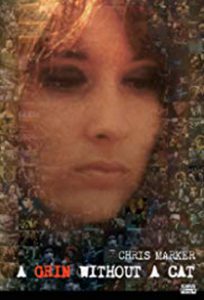 A Grin Without a Cat is a 1977 French essay film by Chris Marker. It focuses on global political turmoil in the 1960s and ’70s, including the rise of the New Left in France and the development of socialist movements in Latin America. Using the image of Lewis Carroll’s Cheshire Cat, the film’s title evokes a dissonance between the promise of a global socialist revolution (the grin) and its actual nonexistence. The film’s original French title is Le fond de l’air est rouge, which means “The essence of the air is red”, and has a subtext similar to the English title, implying that the socialist movement existed only in the air.