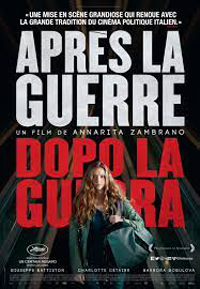 Bologna, 2002. Opposition to the Labor Law is exploding at Italian universities. The murder of a judge reopens old political wounds between Italy and France. Marco, a former left-wing activist, sentenced for murder and exiled to France for 20 years, thanks to the Mitterrand doctrine, is accused of having ordered the attack.  When France stops offering asylum to political refugees who have committed acts of terror, the Italian government requests his extradition.  Marco, a single middle-aged father, once an Italian radical of the left, finds his peaceful life threatened and is forced to flee with Viola, his 16 year old daughter.  Does he go into hiding with his daughter, a teenager with a normal life of her own, or return to Italy to stand trial?  Either way, his life will change forever, as well as that of his family in Italy who continues to pay for Marco’s past mistakes.