And Along Come Tourists 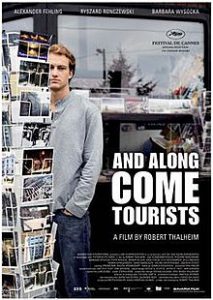 A compelling intimate story about the encounter between Sven, a young German who begins alternative military service in Oświęcim, Poland, and an old man who survived the Auschwitz concentration camp. The film opens up issues about guilt, forgiveness and understanding a history which, to the young generation, now seems so remote.