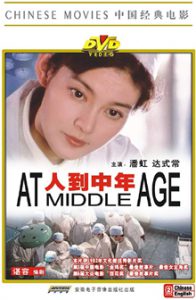 Lu Wenting is a mother and a hard working eye-doctor in early 60s socialist China. She is an outstanding surgeon and a devoted socialist, but she feels that she is not fulfilling all her duties as a mother and a wife. Both work and family are demanding and after 18 years of hard work she falls ill and ends up as a patient in her own hospital where she is forced to reflect on her life and work. The film is the archetype of a socialist movie with an all good protagonist as the hero, but the film also raises the question of whether or not it is worth it to sacrifice everything for society and whether or not personal dreams and aspirations have a place in such a sacrificial life. The film won the “Golden Rooster” and “Hundred Flowers” awards in China in 1983 for best film. Those who experienced socialist China during the 60s and 70s would be moved by the story, and this is the audience to whom the film hopes to appeal.