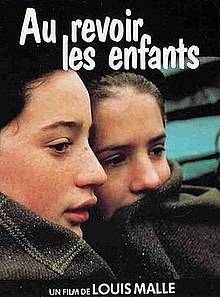 In 1943, Julien (Gaspard Manesse) is a student at a French boarding school. When three new students arrive, including Jean Bonnett (Raphael Fejto), Julien believes they are no different from the other boys. What Julien doesn’t know is that the boys are actually Jews who are evading capture by the Nazis. While Julien doesn’t care for Jean at first, the boys develop a tight bond — while the head of the school, Père Jean (Philippe Morier-Genoud), works to protect them from the Holocaust. Shortly thereafter, Joseph, the school’s assistant cook, is exposed for selling the school’s food supplies on the black market. He implicates several students as accomplices, including Julien and his brother, François.  Although Père Jean is visibly distressed by the injustice, he fires Joseph but does not expel the students for fear of offending their wealthy and influential parents. Soon the Gestapo arrives at school to investigate the students and the priests that run and work in the boarding school.