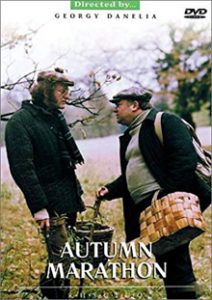 Andrei Pavlovich Buzykin, who makes a living by teaching at an institute and translating English literature, is cheating on his wife. Buzykin’s main problem is that he’s a kind man who is weak in character. The lies he tells his wife all the time are unconvincing, but he never has the courage to tell her the truth. His lover, Alla, is aware of his family life, but gets offended when, for example, he cannot meet her so that he doesn’t come home late, or when he doesn’t want to go home in a new jacket she gives him to avoid having to explain it to his wife. Alla and Nina, Andrei’s wife, both leave him, forgive him, and then return to him at the same time, and Andrei continues with life as usual, full of suffering and deceit. Finally, both women are so fed up with his lies that they don’t believe him even when he is telling the truth.