Balzac: A Life of Passion 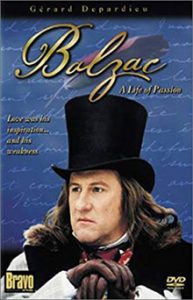 Honoré de Balzac is a man who lives to write. His life is a hard, permanent struggle, from his cold relationship with his mother who is unable to give him the love he needs, to his unsuccessful attempts to make money out of printing and publishing books. Balzac never gives up, however – even though his dissolute lifestyle keeps landing him in trouble with his creditors. To finally gain acclaim for his works and to earn enough money to survive, Balzac works like a man possessed, day and night, to the brink of exhaustion, drinking liter upon liter of coffee to keep himself awake. The passionate author also tends to go to excess in affairs of the heart – he has several women friends at the same time, all of them very different from each other.  Even so, all he really wants is to marry someone who loves him and not just his works.