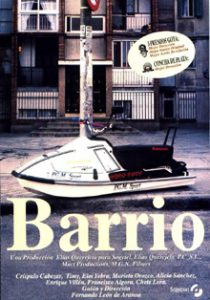 In August, when Madrid’s upper and middle classes escape the unbearable heat of the city for beach holidays, three poor inner-city teenagers are left in their crumbling neighborhood looking for ways to get by. Aimless Rai (Críspulo Cabezas) becomes a petty thief affiliated with a local gang. Javi (Timy) sees his parents teeter on the brink of divorce due to their financial struggles. Manu (Eloi Yebra) attempts to deliver pizzas despite not owning a car or bike.  Their lives demonstrate how hard it is to leave the barrio and how hard it is to improve their situation. In the end, their lives take an unexpected turn.