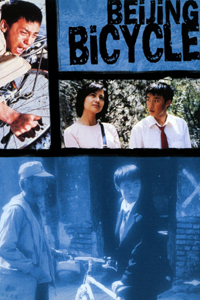 A young country boy, Guei (Cui Lin) comes to the big city determined to make it. He soon finds a job as a bike messenger in which he gets a percentage of each delivery, working hard to build up enough credit to own the bike for himself. The bike is stolen and winds up in the hands of Jian (Li Bin), a poor city boy who sees the bike as his way to make friends and impress the girl he loves. With both boys claiming the bike is theirs, a series of fights ensue over what is more than just a bike.