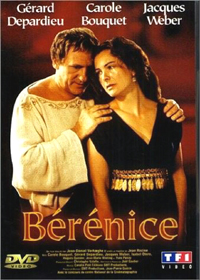 ‘Berenice’ is the fifth of nine plays written by Jean Racine between 1664 and 1677 before his sudden and still unexplained decision to give up the theater. One of Racine’s favorite themes is that of unrequited love, in this case that of Antiochus for the Palestinian queen Berenice who is the lover of his friend Emperor Titus. She is disapproved of by the populace and Titus who, faced with rumblings of discontent, reluctantly decides not to marry her, to sever all ties and to dismiss her from Rome. Racine’s dramatic masterstroke lies in Antiochus being obliged to give her the bad tidings.