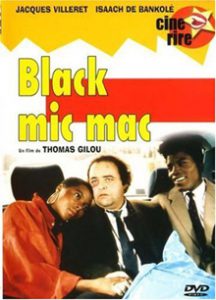 Michel le Gorgues is a by-the-book government employee in charge of Building Safety & Sanitation at the Paris “Prefecture”. Because he has deemed as unsanitary and dangerous a tenement occupied by African immigrants, the zealous official will be a victim of the practices of a great “marabout” or witch doctor, who has been brought from the deep bush in Africa for this occasion. A good-natured comedy on cultural differences, with exceptional performances by Jacques Villeret and Isaach de Bankolé, each with his own brand of comedic timing and style.