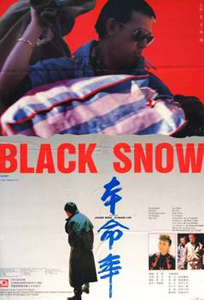 After years in jail, Li Huiqian (Wen Jiang) is released and goes back to living in his childhood home, where only a handful of extended family members now reside. Struggling to adjust to life outside of prison walls, he eventually attempts to make money selling clothes, but becomes involved with the local criminal element. Though he falls for a nightclub singer, Li has difficulties with the relationship, and his general misfortune threatens to undo his progress in reintegrating into society.