Blow to The Heart 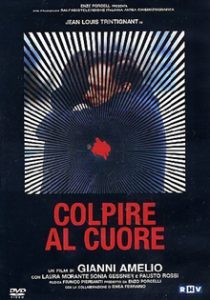 A morally complex study of a father-and-son relationship, set against the backdrop of political terrorism, Blow to the Heart stars Jean-Louis Trintignant as Dario, a leftist university professor whose half-hearted flirtation with Red Brigade guerillas brings him into dangerous conflict with his 15-year-old son Emilio. Fausto Rossi is the precocious, priggish youth, unable to tolerate his father’s politics, and driven by an adolescent moral certitude that could bring Dario to ruin. The film displays all the social consciousness, trenchant humanism, visual perfectionism, and bravura acting for which Amelio’s work has gained such renown.