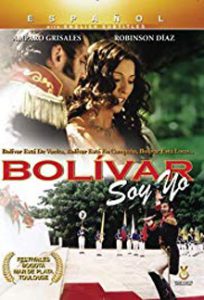 Bolívar Soy Yo is a 2002 Colombian-French film detailing the story of an actor who is known for his interpretation of “El Libertador”, Simón Bolívar. The excitement of the role and the admiration of the public are so strong that reality and fiction begin to mix. Finally, reaching the limits of stage-acting, the actor himself comes to believe that he is Bolívar.