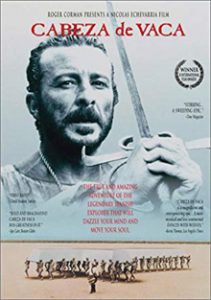 In this film based on a true story, Álvar Núñez Cabeza de Vaca (Juan Diego) sets out in 1528 with dreams of becoming a great Spanish conquistador, only to end up shipwrecked off the coast of Florida. A grueling eight-year trek follows, taking him across the Gulf of Mexico, through Texas to the Pacific Ocean. Along the way, he is captured by various Native American tribes, and rises from oppressed slave to mystical shaman and passionate ally of the very people he had once sought to conquer.