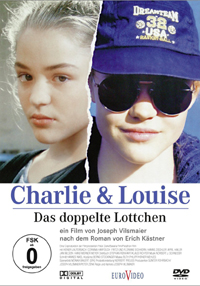 10 years ago, Wolf and Sabine Palfy got divorced. Since then, their daughter Charlie grew up with her father, and her twin sister Louise lived with her mother. They never knew anything about each other until they met by chance at a boarding school in Scotland. At first they cannot stand each other, but after a while they start to gather information about their origin. Realizing their relationship, they plan to bring their parents together by having Charlie visit their mother pretending to be Louise while Louise goes to their father pretending to be Charlie.