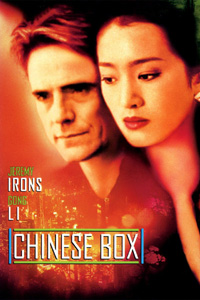 During the last months of Britain’s control of Hong Kong, journalist John (Jeremy Irons) discovers he has only a few months to live. He decides to use the time to pursue his friend Vivian (Gong Li), who is already engaged to another man. Realizing he has never truly engaged with Hong Kong in his 15 years there, John begins walking with a video camera, recording street life and interviewing people like street vendor Jean (Maggie Cheung), in an effort to capture the real Hong Kong before he dies.