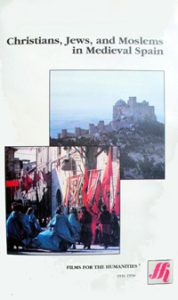 Due partly to the weakness of its Visigothic rulers, partly to its proximity to Africa, the Iberian peninsula was conquered by Berbers and by Arabs belonging to the Umayyad dynasty of Damascus. This program describes the history of Spain from the time of the first landing in 711, through the nearly 800-year-long war that ended in the expulsion of both Moors and Jews in 1492; the development of a culture whose people spoke various Spanish dialects while the official language was Arabic; the role of the School of Toledo in preserving, translating, and making known the ancient Greek scientific texts as well as Arabic treatises on philosophy and science; the rabbinic center in Toledo; and the history of the Jews in Spain.  (Narrated in English)