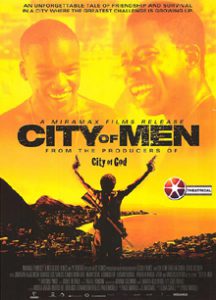 Childhood friends Ace (Douglas Silva) and Wallace (Darlan Cunha) are both approaching their 18th birthdays. Ace struggles to raise his son alone after the mother takes a job in Sao Paulo, while Wallace embarks on a search for his long-missing father (Rodrigo dos Santos), whom he eventually finds having just finished serving 15 years in prison. Newly discovered secrets about the past will test Ace and Wallace’s friendship as they find themselves on opposite sides of a gang war.