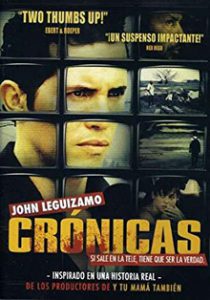 Reporter Manolo Bonilla (John Alberto Leguizamo) goes to a jail in Ecuador to interview Vinicio Cepeda (Damián Alcázar), a hit-and-run driver whose crime incited a riot. After Cepeda tells him he knows where a murderer called the Monster of Babahoyo buried a young female victim, Bonilla posts bail in the hopes that he’ll learn more about the crime. Bonilla finds the girl’s body, but, as he nears the scoop of his career, it looks as if Cepeda might be withholding some key details.