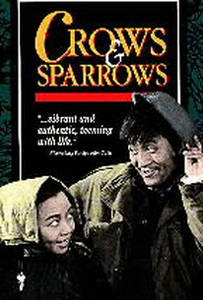 The film takes place in Shanghai, and it revolves around a group of tenants struggling to prevent themselves from being thrown out onto the street due to a corrupt party official’s attempts to sell their apartment building. Notable for its extremely critical view of corrupt Nationalist bureaucrats, the film was made as Chiang Kai-shek’s Nanjing-based government was on the verge of collapse, and was not actually finished and released until after the Chinese Civil War had ended.