Dante: Visions of the Inferno 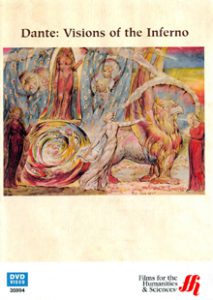 Drawing upon the insights of numerous international scholars-and illustrating crucial passages with stunning animation sequences-this program guides viewers through the Inferno of Dante’s Divine Comedy. With detailed analysis of the poet’s descent into Hell and navigation through its various levels, the program interprets Dante’s motives for embarking on such a journey, explains his relationship and interaction with both Virgil and Beatrice, and describes the complex mixture of morality and humanism within the work-embodied in Dante’s attitude toward those who inhabit the realms of the dead.