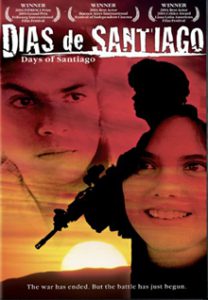 The story of 23-year-old war veteran Santiago Roman, who is back in Lima after spending six years fighting terrorists, the Peruvian drug mafia and a nationalist war against Ecuador. Haunted by his violent military past, he is conflicted by his desire for education and his temptation to join his comrades in a decadent life of crime.