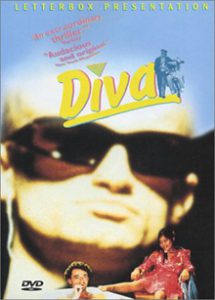 A young opera-loving mailman, Jules, becomes inadvertently entangled in murder, when a young woman fleeing two mob hit men drops an incriminating cassette into his mailbag. Jules has just recently recorded opera star Cynthia Hawkins’ latest concert, something of a coup as Hawkins refuses to make recordings of any kind. Soon Jules finds himself the target of the hit men, who want the voice recording, and also of another couple of ominous and mysterious agents.