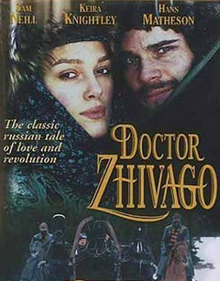 A Russian doctor is torn between his love for two women while social changes throw his world into turmoil. Having witnessed his father’s suicide as a young boy, Yuri is sent to live with his aunt, uncle and cousin Tonya in Moscow. Growing up there, Yuri is captivated by a stunning young girl called Lara, not realizing that Tonya has fallen in love with him. Set against the backdrop of the Russian Revolution and subsequent civil war, their love story plays out to a tragic end.