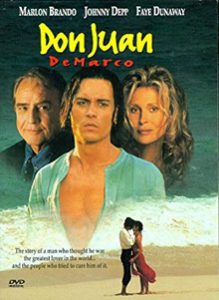 A romantic drama about a man who believes himself to be the legendary Don Juan, the greatest lover in the world–and who attempts suicide after the loss of his one true love. But after being placed under the care of a world-weary therapist, the patient begins to cure the doctor.