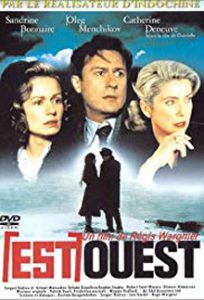 June 1946: Stalin invites Russian emigres to return to the motherland. It’s a trap: when a ship-load from France arrives in Odessa, only a physician and his family are spared execution or prison. He and his French wife (her passport ripped up) are sent to Kiev. She wants to return to France immediately; he knows that they are captives and must watch every step. By chance, she meets a touring French actress and pleads for help. She also takes a young swimmer under her wing, and several years later, he makes a bold attempt to escape. Meanwhile, the KGB is suspicious, and hope for freedom is dim. Patience, her husband’s self control, and her good looks may be their only assets.