The Poem of the Cid 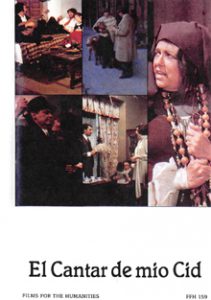 El Cid is unique among the world’s great epics because it was composed so close to the actual historical events (a mere 40 years after the death of Rodrigo Díaz de Vivar, el Cid himself) that we can distinguish between man and legend.  Meticulous attention to historical detail, spectacular cinematic production values, and the swashbuckling plot itself make this medieval epic superbly entertaining as well as educational.