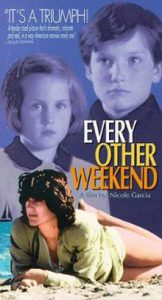 Camille, a mercurial César-winning actress, has seen better times. Estranged from her husband, she’s with her children only every other weekend. It’s her weekend, but her agent has booked her to MC a Rotary club dinner in Vichy. She takes them with her, and when her husband learns this, he demands to pick them up at once. She bolts in a rented car to the seaside, trying to improve her relationships with the children, especially the precocious and distant Vincent who loves astronomy.  A rare meteor shower is due in a few days, so she suggests that they go to a plateau in Spain hoping to see it. He agrees, but the relationship remains difficult, and her husband is on their trail.