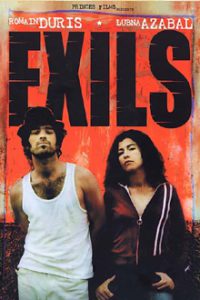 Exiles is a 2004 French film by Tony Gatlif. The film follows two young bohemians, Zano and Naima who, after having sex, spontaneously decide that they will travel to Algeria, where Naima’s parents come from, and where Zano’s (Romain Duris) pied-noir parents were once exiled. Their adventurous journey to Algiers is full of character exploration, relationship hiccups and imagery. The film was also a homecoming for Gatlif himself, seeing him return to Algeria 43 years after he left.