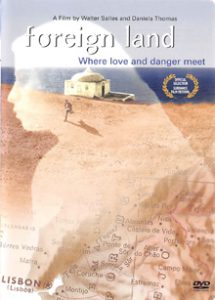 During a time of political upheaval in Brazil, two strangers (Fernanda Torres, Fernando Alves Pinto) meet by coincidence and end up caught in the middle of a gem smuggling ring.  These two brazilian youth torn between the hardships of their newly democratic homeland and exile in the corrupted émigré sub-culture of Lisbon eventually become involved with a bungled smuggling operation to Portugal and find themselves on the run. Their sudden plunge into violence and romance, as well as their struggle for identity, is reminiscent of Antonioni’s The Passenger.