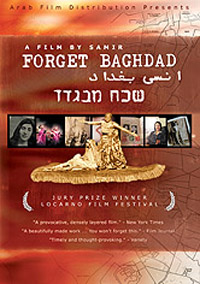 Forget Baghdad tells the forgotten story of four Baghdadi-Jews, all former members of the Iraqi communist party who were forced to emigrate at Israel’s founding.  The four elderly protagonists (all now successful Israelis) were influenced in their youth by the internationalism of the Iraqi communist party. But in the early 1950s, their Jewish identity put them at odds with the rising Arab nationalism so characteristic of the decade. Fleeing to Israel was hardly a solution, as the men found themselves on the outskirts of a society built and governed by European Jews.  As Jews in Baghdad and Arabs in Israel, the divided identities and confusion of these four men’s lives tell a much larger tale of global, political and cultural disorder.

Reflecting on the stereotypes of the “Jew” and the “Arab” in the last hundred years of cinema, Forget Baghdad masterfully weaves its political, social and cultural themes to a visually innovative and narratively profound end.