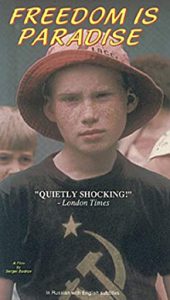 Following the death of his mother and the disappearance of his father, Sasha (Volodya Koryzev), a feisty Russian teen, is sent to live in a government-funded children’s home with tight restrictions. Resistant to the rules and rebellious by nature, Sasha runs afoul of the authorities as he repeatedly attempts to escape from the institution. When he finally succeeds in breaking out, he embarks on a journey to find his father, who is incarcerated at a distant prison.