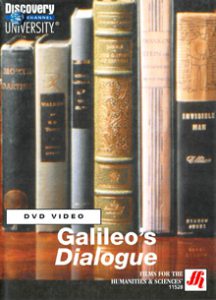 It is said that the apple fell on Newton’s head, but it was Galileo who planted the trees. This program examines The Dialogue–arguably the most controversial book of its time– and the tumultuous events revolving around Galileo’s visionary scientific achievements. The insights of Harvard University’s Owen Gingerich, emeritus professor of the history of science; George Coyne, director of the Vatican Observatory; and others, plus dramatizations of scenes from the book and Galileo’s trial, capture the intellectual fervor of the Scientific Revolution and the Church’s struggle to discourage acceptance of Copernican cosmology.