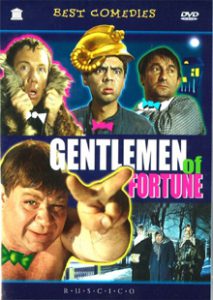 The movie follows the story of an amiable kindergarten principal named Troshkin who looks exactly like a cruel criminal nicknamed Dotsent who has stolen Alexander the Great’s helmet at an archaeological excavation. Dotsent and his gang are caught by police, but Dotsent is imprisoned in a different jail from that of his mates. Since Troshkin looks identical to Dotsent, the police send him undercover to prison with the real criminals to get information about the stolen helmet. He must pretend to be the real felon Dotsent, so in order to be convincing, Troshkin, a well-educated and good-natured man, has to learn the slang and behavior of criminals.