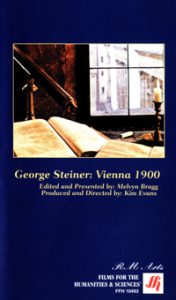 Behind 1900 Vienna’s façade of elegance and affluence, a new generation of artists, musicians, writers, and thinkers was struggling to escape the straitjacket of Austro-Hungarian society. In this vintage program, George Steiner, one of the great literary minds of the 20th century, presents his wide-ranging theories on time, language, and culture within the context of Vienna in 1900—a city and time that gave the world Wittgenstein, Schoenberg, Klimt, Freud, and even Hitler. “Why this look at Vienna at the turn of the century? Because that Vienna now surrounds us,” says Steiner. “To speak of Vienna 1900 is to speak very directly of our own condition.” (In English)