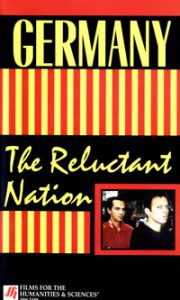 Germany, the most prosperous nation in Europe, has come a long way since World War II.  But economics is only a part of the picture.  This program provides some surprising insights on how Germans perceive themselves, their nation, and its future.  Young Germans, cognizant of their country’s  bellicose history, oppose reunification, fearing the revival of nationalism.  Some Germans debate whether the German army should provide peacekeeping in Bosnia to atone for the Holocaust.  German journalists, intellectuals, and writers, including Gunter Grass, explore the German soul and draw a picture of a confused people, ashamed of their past and fearful about the future.  (In English)