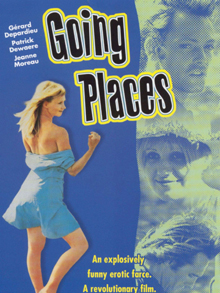 Jean-Claude (Gérard Depardieu) and Pierrot (Patrick Dewaere) are crooks. They’re not experts, but they’re competent enough to make their way through France by knocking over stores and lifting cars. They also have plenty of sexual conquests, including one with the young, attractive Marie-Ange (Miou-Miou), and the older ex-con, Jeanne (Jeanne Moreau). But the duo isn’t simply suave; in addition to their crimes, they mistreat women without regret — which could come back to haunt them.