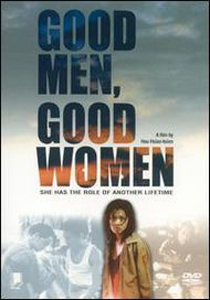 The film depicts the real-life story of Chiang Bi-Yu (Annie Yi). In the 1940s, she and her newlywed husband, Chung Hao-Tung (Lim Giong), head to mainland China to join the anti-Japanese resistance. During the war, she is forced to give her baby up for adoption. After the war they return to Taiwan, where Chung is to distribute a communist paper called The Enlightenment. However, as the Korean War deepens, Chiang Kai-shek’s Kuomintang government intensifies the White Terror and Chung is executed.

The film consists of three intermingling storylines and scattered throughout the film are interludes of an actress (also played by Yi) who prepares for the role of Chiang Bi-Yu, and also confronts her deceased boyfriend’s past.