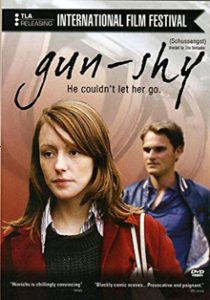 A loner who spends his time volunteering for meals on wheels meets an intriguing girl who becomes his best friend. But what he initially considers to be a romantic relationship between her and an older man quickly turns out to be the cause of a “Help me!” message he receives from her on a tram. He finds out that Isabella’s stepfather has sexually abused her and becomes obsessed with idea of saving her.