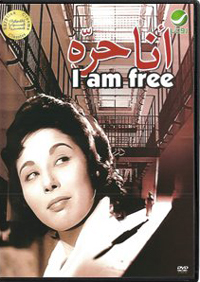 I am Free is associated with the onset of a feminist context to Egyptian films in the 1960s. The film is also known as part of Salah Abu Seif’s Empowerment of Women Trilogy.  In its time, the film defied the conservative conventions of Egyptian society and the role of women within it.

The film is an account of a college girl’s frustrations with the predominantly male patriarchal system in Egypt. Released in 1959, the film captures much of the feminist sentiments of the 1960s and its widespread fervor in Egypt. The film’s protagonist, Aminia, played by Lubna Abdel Aziz, is a young woman living with her aunt’s family which includes her uncle and her cousin. The men in her life further reinforce the themes of male dominance in the film with their restrictions on her life.