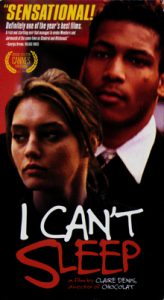 In 1980s Paris, a series of murders captures public attention. Meanwhile, the gorgeous Daiga (Yekaterina Golubeva) moves from Lithuania to Paris, immigrant musician Theo (Alex Descas) struggles to raise his young son, and Theo’s brother, a gay transvestite named Camille (Richard Courcet), sings and dances in a cabaret for a living. All three grapple with isolation and the problems of modern living, but one of them could be so desperately alienated that they have a hand in the serial murders.